Home » Blog » 10 Free, Wacky Ways You Can Donate to Charity on Giving Tuesday

10 Free, Wacky Ways You Can Donate to Charity on Giving Tuesday 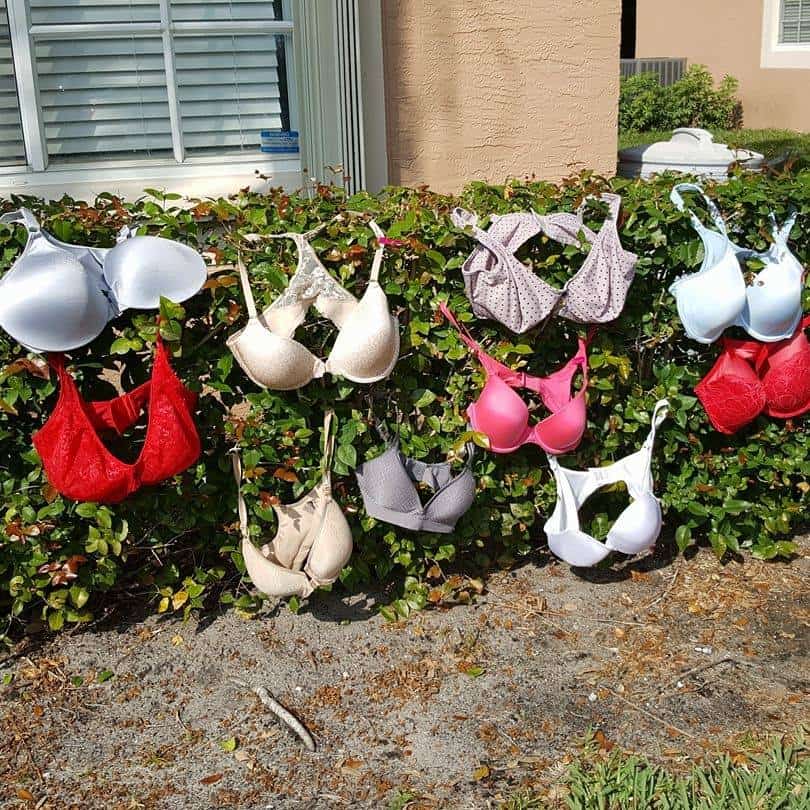 Who wouldn’t want to donate to charity on Giving Tuesday?

But Giving Tuesday falls on the Tuesday after Thanksgiving, and you might have blown your budget on Black Friday and Cyber Monday deals. If you can’t afford to donate money to a charity, don’t worry! You can still be generous, help others, and even have some fun! Check out these unique ways to donate to charity on Giving Tuesday, or any time.

If you’ve lost or gained weight, or if you keep them for a long time, most likely you have some bras in a drawer that don’t fit you. There’s a charity that wants them. I Support the Girls provides used bras and menstrual products to women in need around the world. The group helps girls and women who are homeless, victims of domestic violence and sex trafficking, refugees and evacuees affected by natural disasters. Bras and menstrual products can be pricey. Even on the low-end, a decent bra could cost up to $30, and a box of tampons can run $10 or more. As of this writing, I Support the Girls has collected and distributed over 5,100,000 bras and menstrual products.

Well, you can eventually donate your brain to science, but no need to do that just yet. You can use your noggin to take a quiz on a variety of subjects. For each answer you get right, Freerice sponsors send the cash equivalent of 10 grains of rice to the World Food Programme (WFP). The WFP provides food in more than 80 countries around the world, promoting self-reliance and also helping people stuck in conflict and disasters. Free Rice earns money from advertising banners displayed while users play and uses that money to purchase rice.

Cudo Donate is software that sits on your computer. When you stop working, the software uses your unused computer power to mine cryptocurrency and generate cash, which is then donated to charity. As security is a major concern, Cudo Donate software does not access the personal files stored on your computer. Founder Matt Hawkins came up with this idea after learning about the enormous amount of wasted capacity on computers, servers and cloud platforms. He even won a 2011 HSBC Business Thinking competition for the idea, but it wasn’t until 2018 that the technology was available to launch it.

Did you have a birthday party, a holiday meal, or another event at your house, with leftovers you can’t possibly finish? Don’t throw them away! Those half-eaten cakes, turkeys and chicken wings are in high demand. You might already know that food banks accept canned goods, but many food banks also accept cooked food, even leftovers. Not all of them do, so contact your local food bank or food charity service to find out if they accept donations of cooked foods. To find a local food bank, check out this list.

If someone you love is in kidney failure and needs a kidney, you’d probably step up to the plate to give him/her one of yours. But did you know that you can give your kidney to a stranger? You can do this through a nondirected living-donor organ donation, where the donor does not name the recipient of the donated organ. The match is based on medical need and blood type compatibility. Currently, there are more than 94,000 people on the waiting list to receive kidneys in the US. Many patients die on the waiting list, as there are not enough donors. To learn more about how to donate, visit the American Kidney Fund.

6. Your Sperm or Eggs

Yes, we know you can make money doing this, but you can also donate your sperm (and eggs) to singles and couples who are unable to conceive. PrideAngel is one organization that allows you to donate sperm or eggs. There are even Facebook groups where men offer free sperm.By the way, the approximate cost of raising a child from birth through age 17 is $233,610. Your sperm or egg donation can be one less thing parents need to pay for.

Puppies need love. When they’re born at or are first brought into an animal shelter, it can be a confusing time for them. Just like humans, puppies can use some cuddles during tough times. The Humane Society of Tampa Bay Florida recently put out a call for puppy snugglers, but many animal shelters are looking for volunteers to give TLC to their residents. Contact your local animal shelter, or find one on this list.

Want to raise money for charities without spending money? Why not do a weird stunt? In the UK, charity donations have been made for such crazy things as guessing the weight of an Old English Sheepdog, watching vicars showing off their knickers, and even getting a woman to change her name.

In 2009, Sheena Matheiken decided to wear one dress for an entire year. One of the reasons she did this was to raise money for charity. At the end of the year, she had raised nearly $80,000 for the Akanksha Foundation, which helps children in India with education.

You can come up with your own stunt idea, or borrow an idea that’s already been used. Then you can donate the money you raise to a charity of your choice.

Have you ever been told that you don’t give a crap about anything? Well, now you can say you do. How about donating your poop to charity? Fecal transplant is considered the best treatment for one of the most dangerous intestinal infections around, and it is being tested as a potential cure for many other illnesses.

If you want to get a leg up on other donors, consider donating a used prosthetic leg to Legs4Africa. This UK charity provides amputees in Africa with prosthetic legs that they otherwise can’t afford. This donation not only helps people, but it also helps the environment. According to Legs4Africa’s website, “In the UK and other European countries prosthetics cannot be reused or recycled. So, every year thousands of these expensive and life-changing pieces of equipment end up in landfills.”

By getting creative, you can support local, national, and international charities without spending a cent. Use these ideas to donate to charity on Giving Tuesday, or any day.