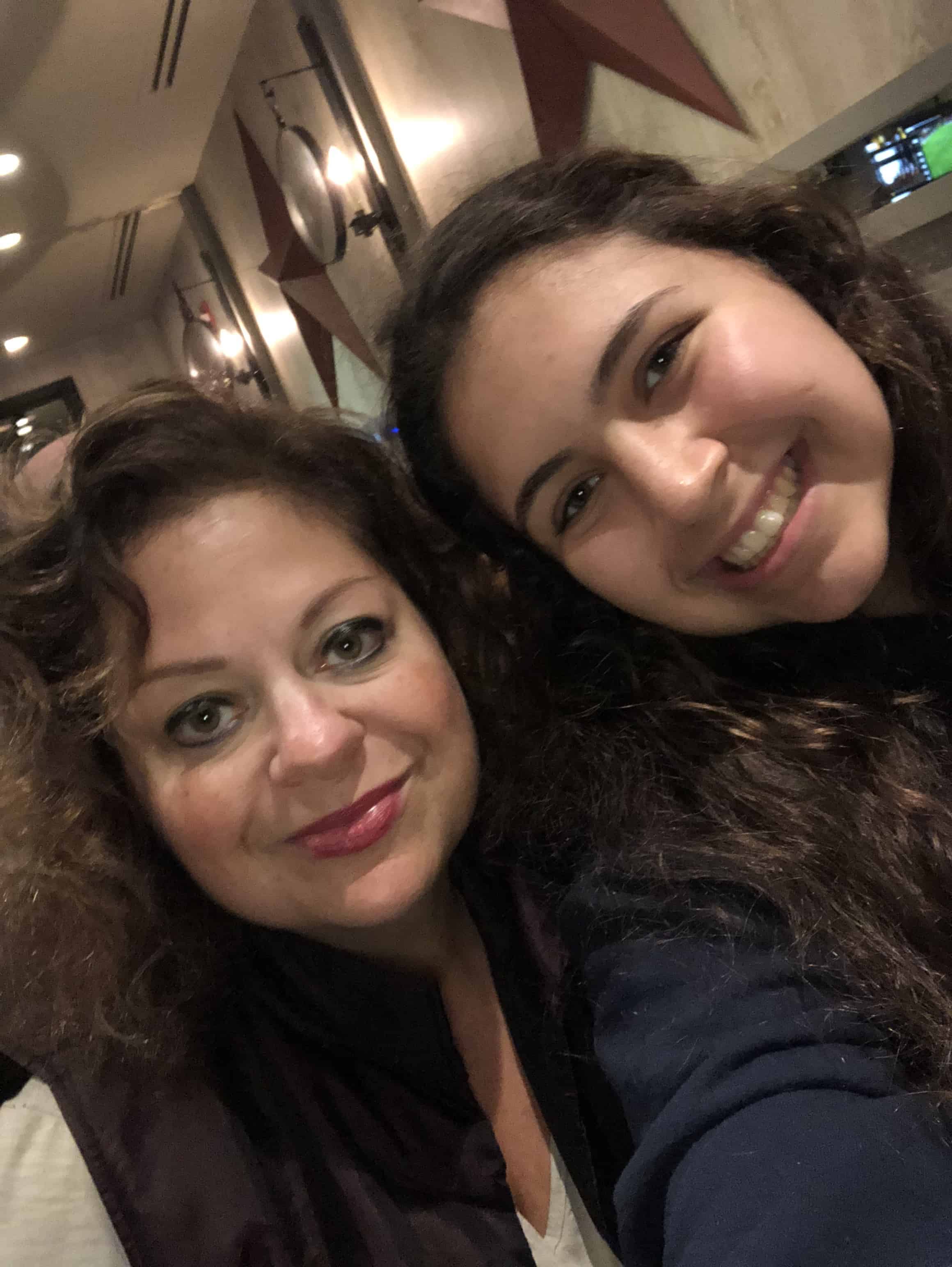 I am fond of saying that parenting is about feeling joy 1% of the time and dealing with stuff 99% of the time.

Maybe I’m exaggerating. But with a teenage daughter, these numbers aren’t too far off.

So I live for those times when my heart sings as a parent. When I experience a 1% joyful event, I want to share it. Here is my most recent one.

A few weeks ago I was telling my daughter about plans I had with some friends.

“You’re always going out with your friends or Dad,” Zoe said. “Why don’t you ever spend time with me?”

So I said, “We spend lots of time together as a family and with our friends.”

After pulling my jaw up from the floor, I looked at her more closely. Could this be an alien? Was this some kind of trick?

So I asked her, “Seriously? You actually want to hang out and have a conversation with me?”

And she said yes.

Now each week we schedule time together. Just the two of us. Usually, we go out for a meal together when David is traveling on business.

Tonight Zoe and I went to dinner at one of our favorite healthy restaurants, The Farmer’s Table. We ate a great meal and had terrific conversation. She gave me a pep talk when I was feeling down about losing a long-time P.R. client. I helped her feel better about a mean girl at school. She said how excited she was to be able to drive in six months. We talked about so many things, and we laughed a lot, too.

After we ate, we had to go to Target to pick up a few things. Zoe saw a homeless man in the parking lot. She had seen him the week before and given him money and an umbrella because it was raining. Tonight she asked if we could bring him and his friend some water.

She gave the water to both of them and chatted with them for a few minutes.

“I really want to help people,” she said. “That’s why I want to go into the medical field. And if I’m rich, I want to have a charity where I can help the homeless.”

My heart was bursting and I was so proud. What a great night!

I was brought down to earth when we got home. After she got out of the shower, she came over to me wrapped in her towel.

“I have no bras or underwear. Have you done any laundry?”

“Ugh,” she whined. “I need them tonight. I’ll put in a load of laundry.” And she huffed off.

Whew. I’m back on familiar ground. And now I know for certain she’s not an alien. Just a typical teenage daughter.